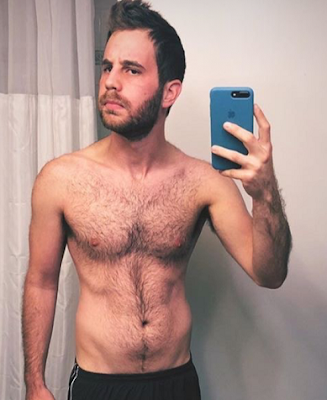 In The Politician on Netflix, Payton Hobart (how's that for a 1% name?) lives with his absent dad, clinging "I love you so much" mother, and psycho older brothers in a ridiculously elegant mansion in Santa Barbara, California.  He attends a ridiculously elegant prep school that looks like an Italian villa, where all of the boys are 30-year old fitness models and all of the girls tall, statuesque blondes.

And he wants to be President.  Oh, sorry, he will be President, he says repeatedly; it's not a dream or even a goal, it's a simple fact.  He tells the Harvard admissions board, "After my second term in office (which I will win by a landslide), I can build my presidential library here in Cambridge or in Palo Alto.  It's up to you."  Strangely, the board admits him.

Payton is a textbook sociopath, experiencing no empathy but good at pretending to, with grandiose visions of his own importance, willing to do anything to reach his goals.

This season's goal is to be elected school president, a necessary step en route to the White House.  His campaign staff (he already has some) suggest someone who is disabled.  He latches onto Infinity, who has cancer.

Problem: she really doesn't.  Her grandmother has been making her sick in order to get attention and free stuff.

That's right, there's a suicide in the midst of the first episode of a "comedy" series.

I understood from the early reviews that Payton is gay, but he actually straight.  His only same-sex relationship is with River, and that quickly becomes a menage-a-trois with the girlfriend.

The show's attitude toward gay people is paradoxical.  Payton also threatens to out River unless he drops out of the election, implying that being gay is something scandalous (um...wouldn't he also be outing himself?).  But characters throw terms like "heteronormative" and "nonbinary" around, Payton actively courts the gay vote, and a gay slur in one of Infinity's old tapes is enough to derail his campagn.

Oh, well --- there are lots of plot twists, the sets are amazing, and the plot calls for lots of shirtless, underwear, and swimsuit scenes:

2. David Corenswet as River.  Dont worry, he may commit suicide in the first episode, but there are a lot of flashbacks. 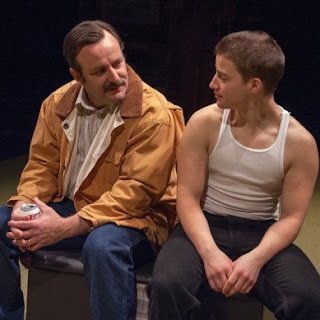 3. The androgynous but heterosexual James, a member of Payton's campaign staff, who also sleeps with his girlfriend/future first lady, is played by trans actor Theo Germaine. 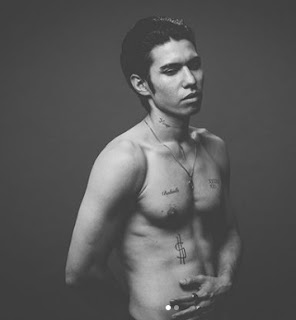 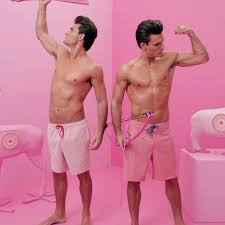 5.-6. Trey and Trevor Easton as Martin and Luther Hobart, Ben's older brothers, who hate him because their mom likes him best.

7. Luis Avila as Amir, the gay kid who Hobart tries to woo by claiming an interest in the musical Hamilton.  Because all gay men are into musical theater, right? 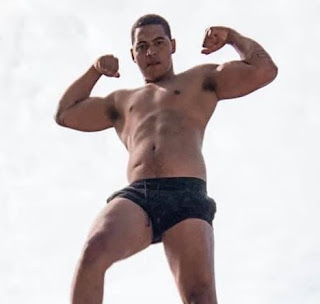 9. Koby Kumi Diaka as the school's only Haitian student, wooed by the other side to become vice president after the nonbinary African-American lesbian fell through.

10.  For #10, no one in particular comes to mind -- the woods are full of hunkoids.  So I just picked a name from the cast list at random: Brian Nuesi as a miscellaneous student.

And I haven't even gotten to the adults yet.