The Gay Origin Of Yankee Doodle 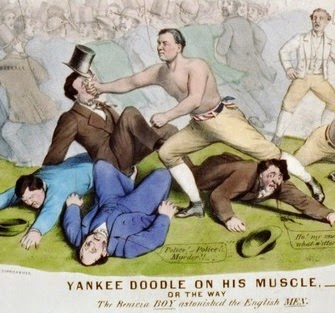 When I was a kid in the 1960s, we had to sing "Yankee Doodle" in music class every five minutes.

They told us "It's a great patriotic song, nearly as great as our national anthem!  It celebrates rugged American masculinity."

Like this Currier & Ives print of a muscular American trouncing the effete British dandies.

Except it didn't make sense.  Yankee Doodle was the dandy.

And what's the nonsense about sticking a feather in your cap and calling it macaroni?

And the immeasurably heterosexist "With the girls be handy"? 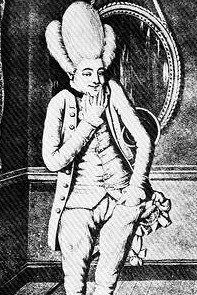 Turns out that the song was a British satire intended to signify that American men were prissy, feminine, and not interested in the ladies.

The high "macaroni" wig with a tricorner cap atop it was popular among British fops of the era, and an all-around term for feminine or gay men.

Rictor Norton's sourcebook of gay history reprints a British newspaper article from the 18th century complaining that: "the country is over-run with Catamites...or Macaronis."

Macaronies are a sex, Which do philosophers perplex;
Tho’ all the priests of Venus’s rites agree they are Hermaphrodites.

The admonition to be be "handy" with the girls was pure sarcasm.  Yankee Doodle would never dream of putting his hands on a lady.  A man, maybe. 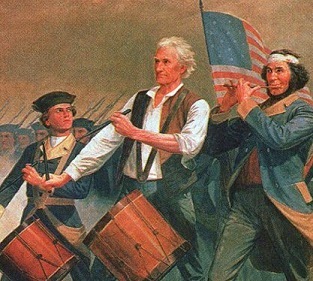 The gay coding of "Yankee Doodle" continues in the famous painting "The Spirit of '76," by Archibald Willard.  It was originally entitled "Yankee Doodle," intended to be humorous.

Willard only decided to make it serious after seeing the determination in the eyes of his models, especially the younger drummer (modeled by railroad magnate's son Henry Devereaux) gazing with sullen admiration at the older (modeled by Willard's father). 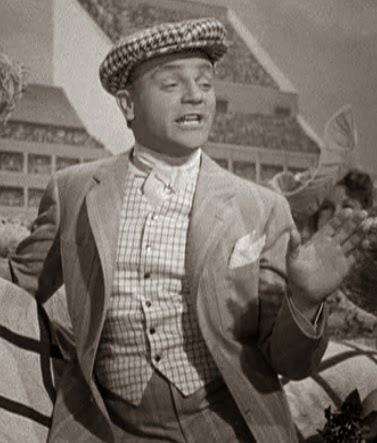 And in the 1942 movie Yankee Doodle Dandy, a fictionalized biography of composer George M. Cohan. James Cagney as Cohan falls in love on schedule and sings the obsessively heterosexist "Yankee Doodle Boy":

But his mannerisms are so flamboyant that the gay coding seems almost deliberate.  Cagney's movies are generally loaded down with gay subtexts, and he may have been bisexual in real life.