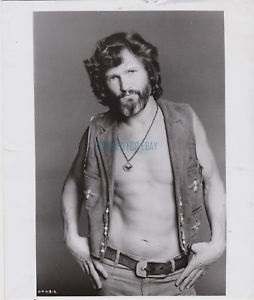 The best year for music was 1977, the best year March, and the best week March 14th-20th  It's a scientifically proven fact.

I was a junior at Rocky High, 16 years old (but not able to drive yet).  I had learned that gay people exist last November, but I hadn't figured "it" out yet.  I don't remember anything specific from that week, but probably Darry and I worked on our heroic fantasy novel, Verne the Preacher's Son and I double-dated, I ran around the track during free days in gym class, I read poetry at Writers' Club and practiced for the jump quiz.

And dreamed of a world where I didn't have to answer the question "what girl do you like?"every five seconds.  I dreamed of freedom.

And I listened to the radio.

1. "Evergreen" (Barbara Streisand, the theme from A Star is Born.  My brother was obsessed with that movie, and played the sound track over and over.  Whenever I hear it, I think of him, how he was the first person I came out to, and how he was ok with it, in small-town Illinois in 1978 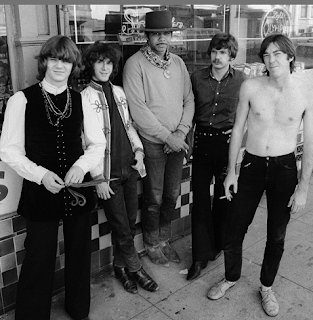 I wanted to fly like an eagle, out of Rock Island and over the prairie to where the lights were bright and there was joy everywhere.

You are the dancing queen
Young and sweetOnly seventeen.You can dance
You can jive
Having the time of your life
I was only sixteen, and Nazarenes thought that dancing was a sin.  Probably jiving, too.  This song offered a glimpse of a seductive, alien world.  Maybe I wanted to be a dancing queen. 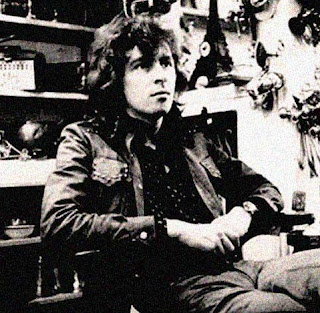 There's a hidden door she leads you to
These days, she says, I feel my life
Just like a river running through
The year of the cat

Many songs of the 1970s were about time passing quickly, your life slipping away into nothngness.  I didn't understand then.  Now I do.

But in 1977 I was more interested in the hidden door.  What secret world did it lead to?  A disco full of dancing queens, perhaps? 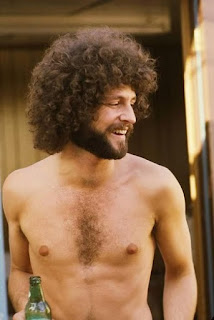 At least, that's the way I heard it.  I wanted to go my own way, avoid the trap of job-house-wife-kids, find freedom, and call it thunder. 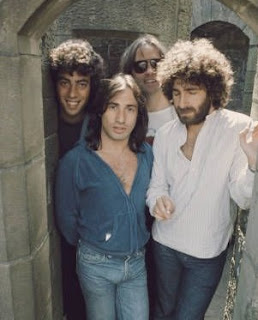 
Of course I know it's heteronormative now, but in 1977, who cared?  I always was looking for the answer in someone's eyes.  Or someone's bulge. 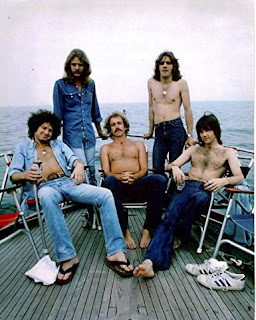 The Eagles was a group for "real men," an antidote to the glistening feminine disco crowd.  I can't help it that their songs were always so wistful and melancholic.  I wanted to walk away and escape the constant gossip.

There's talk on the street; it's there to remind you
It doesn't really matter which side you're on.
You're walking away and they're talking behind you.
They will never forget you till somebody new comes along.

"Relax," said the Nightman. "We are programmed to receive.  You can check out any time you like, but you can never leave."

I was trapped in Rock Island, trapped in a heteronormative prison, and there was no way out. 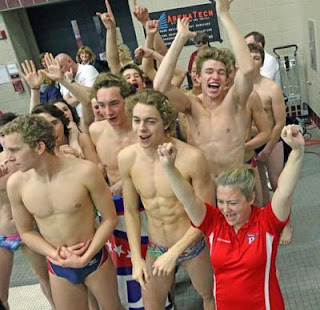 Kansas was another group that specialized in sad songs about the futility of life, just what an angst-ridden not-yet-out adolescent wanted to hear.  Except I couldn't figure out how you could "carry on" and "be gone" at the same time.

I'm starting to get depressed.  Here are some swimmers celebrating a victory.