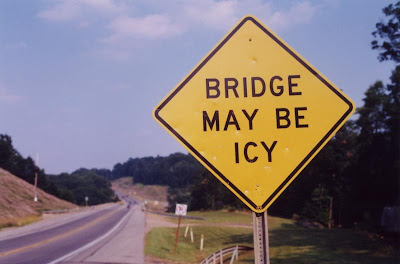 Michigan's warning signs regarding ice on bridges are pretty straightforward syntactically; in fact, I can't think of any other way to parse the sentence than the following - 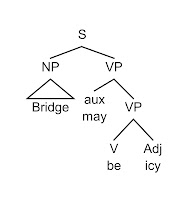 On the other hand, some signs from other states (like the one below) can be parsed differently depending upon which part of speech the word before is playing. 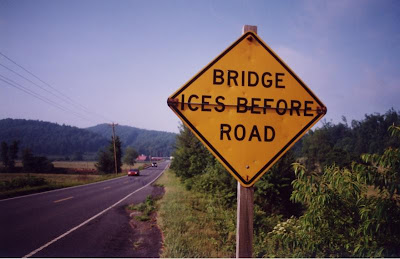 Logically, I would say that the sign is intended to be interpreted with before acting as a subordinating conjunction for a temporal, adverbial clause, as follows - 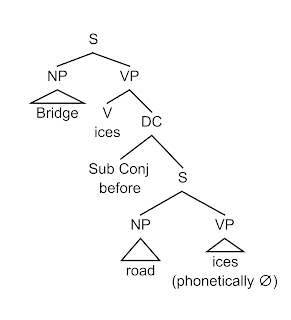 However, the option is open for before to be interpreted as a preposition telling where the bridge ices. 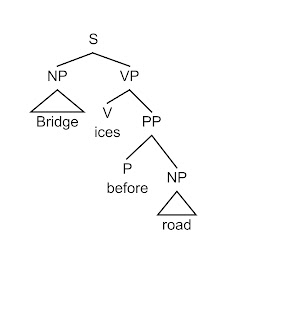 And this is why I don't sleep at night.