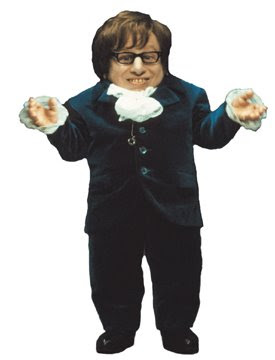 
"Little people are calling on the Federal Communications Commission to ban the use of the word "midget" on broadcast TV.
Advertisement

The group Little People of America said today the word is just as offensive as racial slurs. "

D: I tried to back-track the etymololgy more, but ran into stuff over my head.
Something about palatisation and a word for a god.

---------------
D: I should tell you my own background with political correctness.
I had the ill fortune of being a white male in the liberal arts starting in 1991.
I was in some class taught by our race relations officer on campus.
Something about diversity in Canada.
The textbook cannot have been more than a year old or so.
He informed us, with a serious expression, that the textbook was now wrong.
The term "challenged" was now banned. Henceforth it would instead be "differently abled".
I thought all this was just surreal.
Fast forward a coupla years.
I'm in a student house now near the end of my first degree.
I find this pamphlet booklet lying around in the house with University proposed language guidelines.
At one point it suggests that the phrase "dark and stormy night" or thereabouts is racist. I get a good chuckle out of this.
My roomie comes home and I ask about the satire he left for me.
...
He said it was not satire. It was serious.