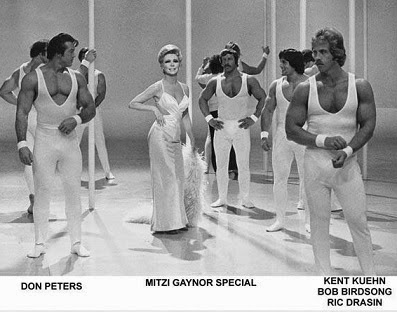 March 24, 1975.  The Monday before Easter.  I check the TV Guide and find a special, Mitzi and a Hundred Guys.

I don't know who Mitzi is, but anything with a hundred guys is going on my DVR List.

Just kidding -- in those days you watched it in real time or not at all.  So I plop myself in front of the tv.  My parents are surprised that I want to see something with "singing and dancing" in it; usually I hate variety shows.

There's a lot of singing and dancing, interspliced with comedy skits like Carol Burnett.   But the hundred guys make up for the tedium. 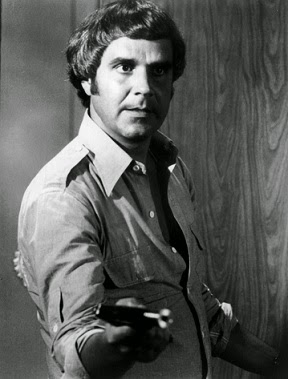 They include  included practically every male tv star,  plus some movie and radio stars.  I divide them into:

Hot guys that I know.

Hot guys that I don't (such as Rich Little, left).

Ugly guys that I know.

Ugly guys that I don't.

But the highlight is Mitzi crooning the Irving Berlin torch song "Always" while bodybuilders in jock straps surround her.

At least, I remember jock straps.  But, thanks to the internet, I see that they were wearing white pants.  And I can identify them. 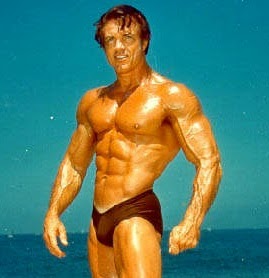 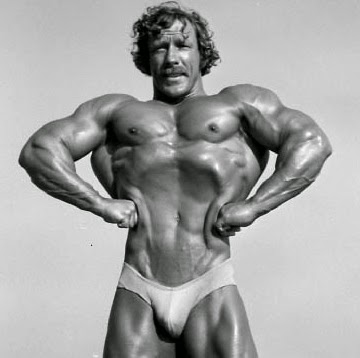 2. Kent Kuehn, a three-time Mr. America who appeared with Arnold Schwarzenegger in Stay Hungry (1975), the film that popularized bodybuilding. 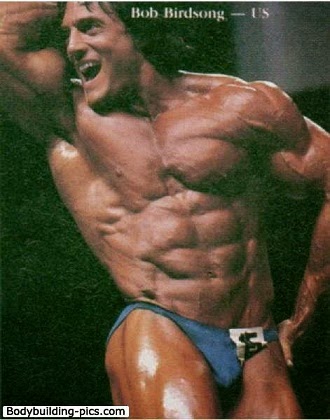