DINOSAURS! From Cultural to Pop Culture 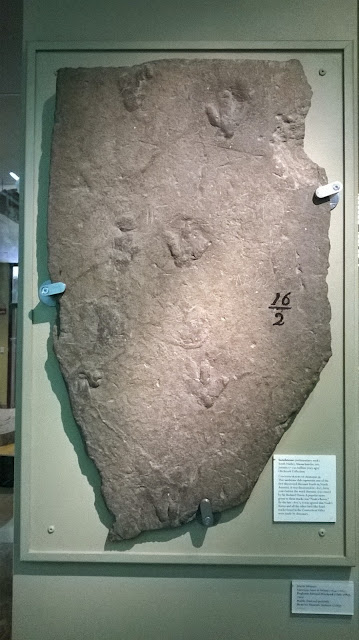 The "Noah's Raven" rock slab in Hitchcock's collection at Amherst College. Photo from Noahravens.blogspot.com.
Here is the passage from the King James Bible from which the terminology is stemming from:

Genesis 19: 6-76And it came to pass at the end of forty days, that Noah opened the window of the ark which he had made:7And he sent forth a raven, which went forth to and fro, until the waters were dried up from off the earth.The raven never returned to the ark and it was thought that these footprints represented the location where the raven touched down onto Earth following the floods.