Ashley Walters: From Grange To Gangster To Gay 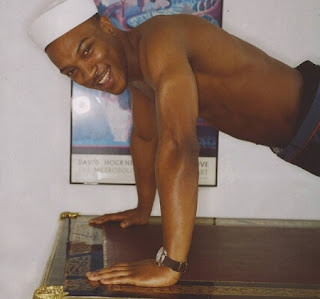 Speaking of Ashley Walters, how often does a  rapper and former gang banger play gay characters -- twice -- and show off his physique (waist up, anyway) in a gay magazine?

In 2001, he played a kid who comes out to his father on the tv series The Bill. 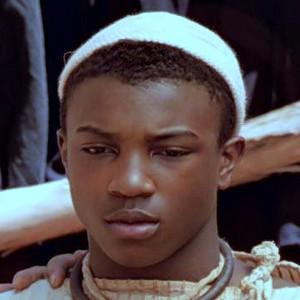 According to his interview in the gay magazine Attitude, as a shy, artistic kid growing up on the mean streets, "I was attacked a lot.  I was stabbed, kidnapped, and shot at."  So the "lovely little boy that wanted hugs all the time" developed a tough facade.  He became a member of the rap group So Solid Crew (as Asher D), and released several hits, including "21 Seconds," "They Don't Know," and "Haters."

In 2001, at age 19, he was arrested after a "fracas" with a traffic warden, in which he was carrying a loaded gun, and sent to prison for 18 months. 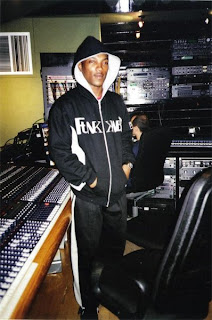 Upon his release, Ashley played ghetto kids, thugs, and gang bangers, most famously in Bullet Boy (2004) and Get Rich or Die Tryin' (2005), starring rapper 50 Cent.  And in The Killing Gene (2007), released in Britain as WaZ, a serial killer forces victims to choose between themselves and their loved ones.  Ashley played one of the victims, a tough inner city gay hood.

He was also busy in television, starring as one of the amiable con artists on Hustle, a murder witness who might be a terrorist on Five Days, a drug dealer on Top Boy, and the head of a security team on another planet on Outcasts.  Some substantial buddy-bonding, and lots of shirtless, semi-nude, and bulge shots to incite the interest of gay men and heterosexual women (according to rumor, he has one of the largest endowments of any actor in the business, rivaling the foot-long Milton Berle of 1950s tv).

In real life Ashley is married with children, and a gay ally.